The attractive Victorian villa on the corner where Hillside Stonebridge meets Brentfield Road has been part of the local scene since 1876. It was built as part of the new suburb of Stonebridge Park, which was laid out to attract wealthy business people to the area.

The house itself and its next-door neighbour Hurworth were described by historian Nikolaus Pevsner in his 1951 guide Buildings of England, London N.W. They are “much-altered, but once very handsome, capacious, rustic Italianate villas with belvedere towers.”

The Victorian architect H.E. Kendall Jr. designed these two houses, as well as the Church of St John the Evangelist, at Harrow Road, Kensal Green. He is also responsible for some notable funerary sculpture, both in Kensal Green Cemetery, and for a mausoleum designed for Brompton Cemetery, now located in Isleworth.

The style of Altamira reflects a phase when the “Italianate” style of Osborne House, Isle of Wight, (designed by Prince Albert for Queen Victoria) was the inspiration for grand buildings, and also more domestic ones, throughout Britain and abroad.

This fashion for the Italianate lasted for about 40 years, and other examples can be found in Finchley (Avenue House, now the Stephen’s Museum) Stanmore (Bentley Priory), Bushey, Herts (Haydon Hill House, now flats) and Feltham, Hounslow (Hanworth Park House). Altamira is not on a grand scale, but nevertheless reflects an interesting period in building design.

Anthony Geraghty, Professor of the History of Architecture at the University of York and a recent Chairman of the Society of Architectural Historians of Great Britain, writes in his letter of 1 May 2020 to Brent’s Planning Department: “Kendall was an architect of considerable importance. He was a key figure in the architectural profession of his age, and he was closely associated with the Victorian development of London.

He was a founder member of the Institute of British Architects in London, which later became the Royal Institute of British Architects, and he was closely connected, professionally and personally, to the great Thomas Cubitt (1788-1855), who developed much of Victorian London and built Osborne House for Queen Victoria and Prince Albert (Kendall’s daughter was married to Thomas Cubitt’s younger brother, Lewis Cubitt). Kendall, like other architects schooled in the early decades of the nineteenth century, worked in a variety of styles, including Greek, Roman, Gothic, and English Tudor, as well as the Italian Renaissance Revival style we see in Morland Gardens. Indeed, the architecture of the latter is very similar to one his most significant works, the Grade-II listed Sussex County Assylum at Heywards Heath. Here we see the same vocabulary of forms—round arches, belvedere towers, etc—as well as the same startling palette of materials—red and yellow brick. This is bold, striking architecture; as bold and original as anything produced in the nineteenth century.”

Kelly’s Directory of 1885 records Mr.Hillier (the Secretary to the São Paulo (Brazilian) Railway Company) in residence at Altamira, while next door lived the Chairman of Willesden Local Board (the then Council) and the prolific local historian Frederick A .Wood, commemorated in Fawood Avenue, just around the corner. The owner of the house would have chosen the name; probably based on the famous Altamira Caves in Spain, site of prehistoric cave-paintings.

Value of Altamira To The Local Community

After the First World War, many of the villas were too large to continue as ordinary family homes. By 1926, “Altamira” had become the Services Rendered Club (sometimes referred to as the Altamira Working Man’s Club), with ground floor extensions made over the years to enlarge the bar and provide other facilities. In 1994, the building was converted to become the Stonebridge Centre for Adult Education, and is now the home of Brent Start. “Hurworth” became the Willesden West Conservative Club, and continued this use until around 2000, when, with its Victorian façade retained, it was converted to provide 18 flats. These two, now numbers 1 & 2 in the section of Stonebridge Park renamed as Morland Gardens, are the only surviving Victorian villas from this historic development.

Altamira is locally-listed, which means that it has at some point been deemed as worthy of consideration for preservation. The Brent Local Plan of November 2018 states that Brent wishes to “strengthen local identity and character by conserving and enhancing heritage assets and their setting.” Local opinion agrees with this aim, regarding Altamira as a heritage asset of importance. The Stonebridge area has undergone dramatic changes in the last 60 years, with numerous developments having taken place in the area.

It must be asserted that the heritage asset of Altamira is more valuable than ever, and should not be forgotten in the race to build new housing.

In consideration of this information we ask that Brent Council give an assurance that the building identified as Altamira, 1 Morland Gardens, be preserved for the Borough, by use of sympathetic planning, aimed at incorporating the existing design elements into any new development. In addition, to preserve the heritage value of the area, by ensuring that some commemorative information, display, or suitable exhibit is located in or around any such development.

The Brent Council proposes to demolish the current building and replace it with a high rise building, with flats on top and the education centre on the ground floor.

The area is one of the poorer ones in Brent, and a lot of investment and thought needs to go into improving the standards of living and infrastructure for the people who are already there.

The education centre will be of great benefit to the local community and Brent as a whole, but cramming extra 200 people on top if it does not seem a good

solution. They firstly need to deal with the local community issues that there are there at the moment, like providing better education and leisure facilities, business opportunities, etc. The new development proposes that, but wouldn’t it be better to concentrate on building a bigger education/leisure/business centre than just the ground floor of a big council housing development?

More thoughts are needed to providing infrastructure to accessing the education centre, – without parking facilities, with extra 200 people on top of it, you are either looking to a small local centre only for people who live nearby, and not serving the wider population in Brent. The loss of green space, and the burden of an extra influx of people in the area on the existing green spaces is to be considered. 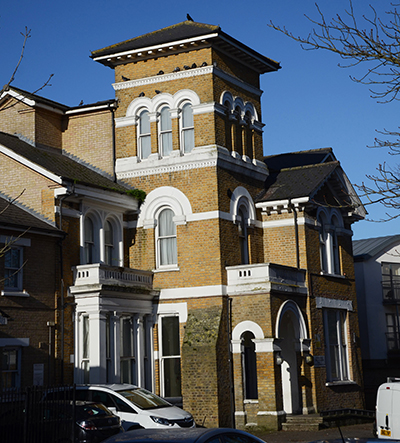 The demolition of the beautiful Victorian villa will be a great loss to the area. It is one of the few remaining historic buildings in Brent, and it gives a very special character to that part of Stonebridge. They sympathetic development of neighbouring No. 2 Morland Gardens (former Hurworth) is an example of how an old building can be put to a new use and still benefit the historic content of the local area. The caring character of this effort will be completely lost and dwarfed by a large complex of modern buildings.

The suggested replacement of the old Victorian Villa by a high rise block of flats on the crossroads will have a negative effect on the look of the surrounding area.

Willesden Local History Society believes that our historic heritage is an important tool for forming and preserving the sense of community in the local area, which has a large segment of population not native to Stonebridge. It is important to provide the community with a grounding in the history of where they live, which will enable people to form ties to their neighbourhood and foster better relationships with each other. The building which currently proudly stands on the corner of a busy crossroads has a big visual impact. This can be capitalised on by the future education centre to run a programme on local history and community in the area.

The demolition of the building cannot be made up for by permanent or temporary art installations, visual projections or displays, – nothing works better as a powerful symbol as bricks and mortar! Once a historic landmark is lost, it cannot be replicated again to the same effect.

The architects provided alternative plans, which will ensure the preservation of the old building. While it is understandable that extra money will need to be spent on restoring the building itself, it came clear in the meeting we had with the representatives of Brent Council that the main priority of the council was to provide as many council flats as possible. We think it is a mistake to put that aim over the well being of the local community and safeguarding historic heritage, which will benefit this community in the years to come.

The alternative plans will accommodate the education centre in the same way as the proposed demolition development, but will reduce the number of flats. The building will remain visible and can be used by the education centre. The area in front of it can be designed as a green space, obviously, it will have a road in front of it, but can be made into a beneficial and aesthetically pleasing area with good design.

While we do not doubt the thought that has gone in ensuring that the new design has the best safety and environmental standards, there’s no reason why this cannot be the case for the development which will preserve the old building. The only difference is the number of flats this will result in, which seems to us not a wise alternative to the loss of a beautiful historic building. 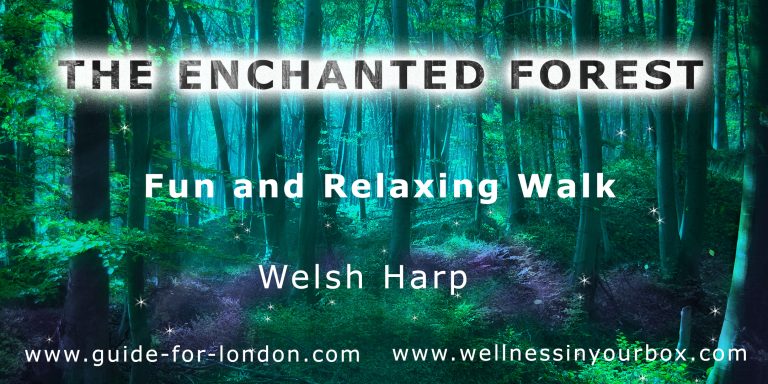 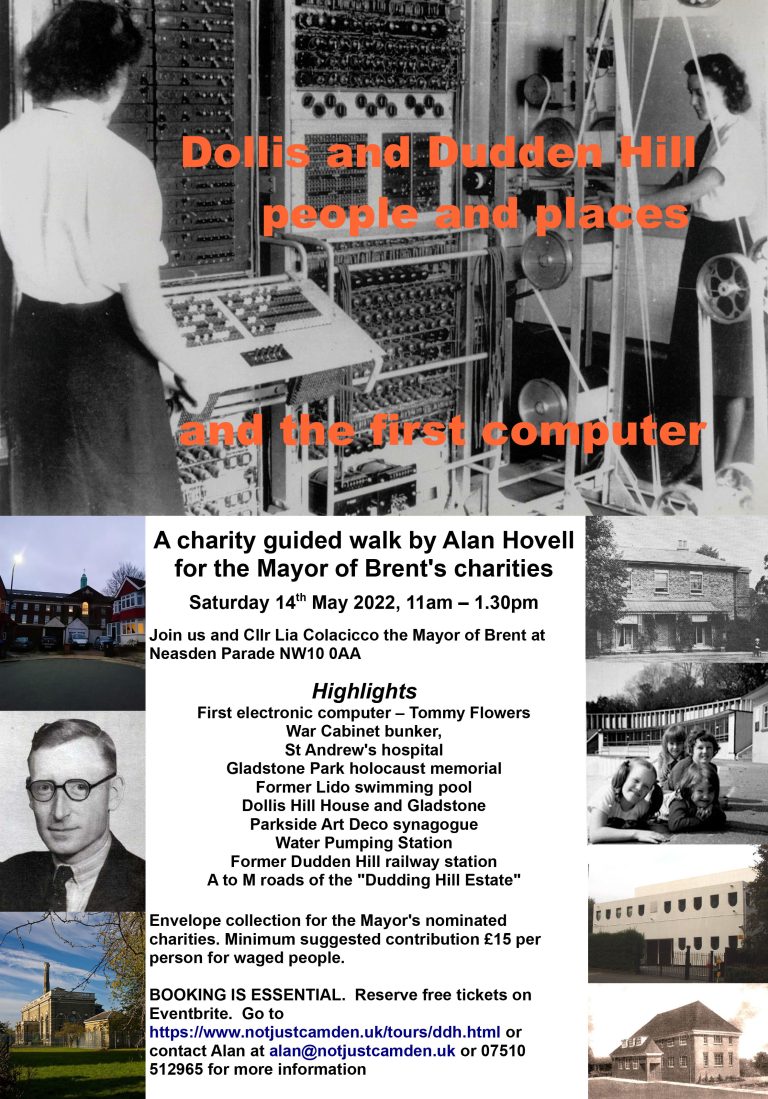 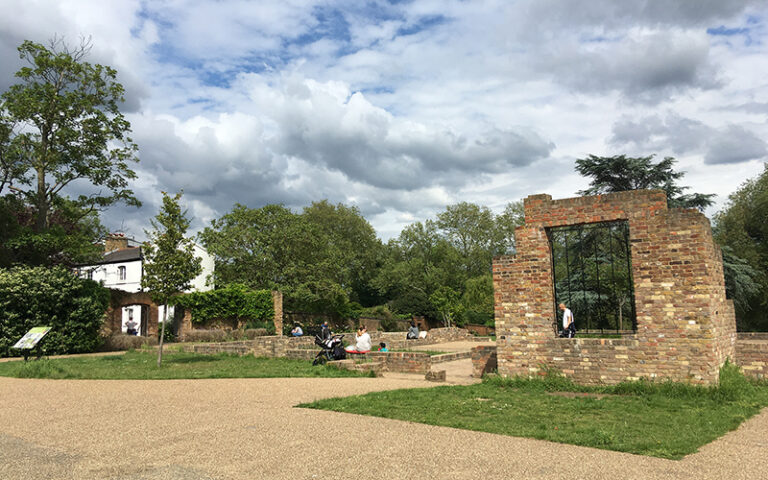 Following the decision not to rename Gladstone Park, Brent Council are looking to create a series of public art projects to reflect the history of 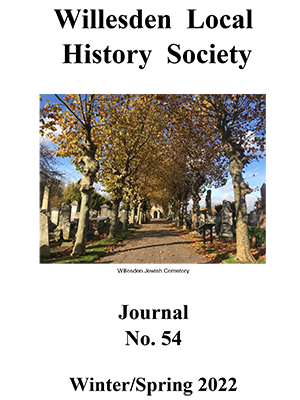 By the time we have our walk in Roundwood Park next July, it may have been brightened up by a new playground. Brent Parks service 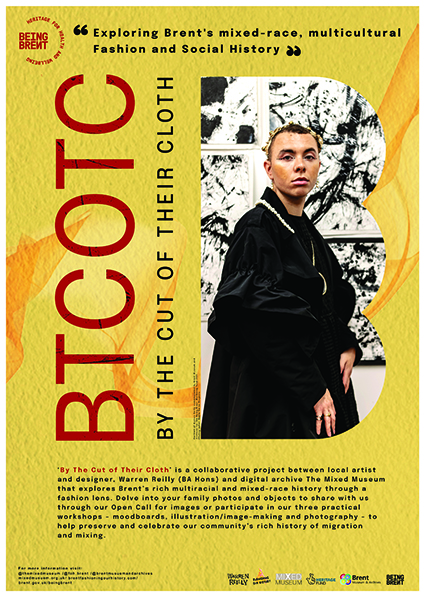 A new project to explore multicultural and mixed race history

‘By The Cut of Their Cloth’ or ‘BTCOTC’ is a collaborative project between local artist and designer, Warren Reilly (BA Hons) @wr.designs_ @wr.fineart and The Mixed Museum @themixedmuseum .

You can find out more about which cookies we are using or switch them off in settings.

This website uses cookies so that we can provide you with the best user experience possible. Cookie information is stored in your browser and performs functions such as recognising you when you return to our website and helping our team to understand which sections of the website you find most interesting and useful.

Strictly Necessary Cookie should be enabled at all times so that we can save your preferences for cookie settings.

If you disable this cookie, we will not be able to save your preferences. This means that every time you visit this website you will need to enable or disable cookies again.